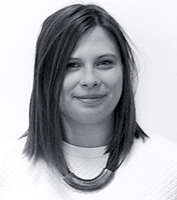 The firm, which was launched in 2010 by Opinion Leader co-founders Deborah Mattinson and Viki Cooke and their former colleague Ben Shimshon, offers strategic advice based on insight gained from stakeholders, consumers, citizens and employees for political, corporate and not-for-profit clients. In addition, its WorldThinks international division has a specific focus on reputation research.

Ridpath (pictured) joins after working with Harman during her tenure as Interim Leader of the Opposition, before which, she worked in the Strategy and Planning department at The Labour Party where she was a member of the team conducting opinion research in the run up to the 2015 General Election. Earlier, Ridpath completed internships at both Transparency International UK and at the Chicago headquarters of Obama's 2012 presidential re-election campaign. She has a BA in History and Political Science from the University of Nottingham.

Commenting on Ridpath's appointment, Shimshon said: 'We're delighted to welcome Julia to our rapidly-growing team. She will make a terrific addition and we're looking forward to having her on board.'