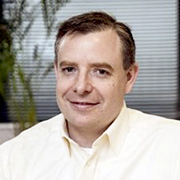 The round was led by Kennet Partners and included existing investors GP Bullhound Sidecar III LP, GMCA and others

The firm offers researchers access to opt-in panellists regarding their daily behaviour, while passively collecting and analysing their digital activity across devices including mobile phones, tablets, PCs and smart TVs. In April, it announced it was expanding its syndicated service to 20 new markets worldwide; had secured rights to the TouchPoints name from UK professional body the IPA; and had hired the co-founders of USA TouchPoints, Jim Spaeth and Alice K. Sylvester.

The new round dwarfs earlier funding, which included £1.6m a year ago, and £600k in 2013. The latest investment will be used to develop the firm's mobile and cross-platform measurement technology, and that for behavioral analytics; and for expansion both geographically and into new verticals.

The company, which has offices in New York, Los Angeles, Chicago, Silicon Valley and Sydney, Australia, says it is now capturing data from more than 50,000 people and generating nearly a billion behavioral datapoints per year. It aims to grow to around 250 staff by the end of 2016.

CEO Garry Partington (pictured) comments: '2015 has been an incredibly successful year with consistent 200% year over year growth, the establishment of several new important client partnerships, the opening of additional offices worldwide and a myriad of industry recognitions and awards. The ability to close the year with not only the tangible investment that this funding brings, but also the support and confidence of our investors, places us in an optimal position to surpass these achievements in 2016'.