Multi-screen measurement firm Verto Analytics has opened an office in London and hired former comScore UK MD Michael Read as Managing Director. The firm has also appointed Alison Murdock as SVP, Marketing in the US. 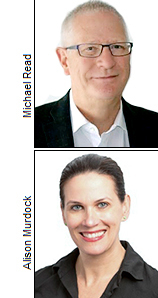 Verto has offices in New York City, San Francisco and Espoo, Finland, and offers a portfolio of measurement services with a focus on syndicated research and analytics, accessed through a single source. Read joins from comScore, where he worked for the past thirteen years, latterly as SVP and MD UK/Europe. During this time, he opened offices in the UK, France, Germany, Italy, Spain, Turkey and Russia. Earlier in his career, Read worked for global media auditor BPA Worldwide as MD, UK, and he is also an elected Board Member and Treasurer of IAB Europe.

Murdock joins in San Francisco to lead global brand strategy, marketing and communications. Most recently, she worked at predictive intelligence platform 6sense as VP, Marketing, overseeing the initial launch of the company and all marcoms and events. Earlier she was VP, Marketing and Business Development at tech media company Gigaom, a role including leadership of the audience development strategy for Gigaom Research.

Commenting on the appointments, CEO Hannu Verkasalo said: 'The addition of Alison and Michael to our executive team, and their deep experience in building teams and igniting topline growth, will help further cement Verto Analytics as the next generation 'currency' for audience measurement'.