US-based energy and environment information giant IHS has announced it will merge with financial data company Markit. The all-share transaction is a mega-merger for the sector with an estimated equity value of more than $13 billion. 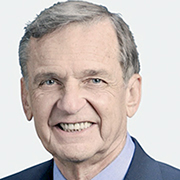 The firms say the 'merger of equals' will create 'a global information platform across industries with leading positions in energy, financial services and transportation'. The transaction has been unanimously approved by the Board of Directors of each company but remains subject to customary closing conditions.

IHS was founded in 1959, is headquartered in Englewood, Colorado, USA; and employs nearly 9,000 people in 32 countries around the world. Markit was founded just in 2003 and already employs more than 4,200 people in thirteen countries. The companies had combined 2015 revenue of around $3.3 bn and EBITDA of $1.2 bn.

IHS is known to market researchers as the owner of automotive research specialist Polk. Since that acquisition in June 2013 it has made many more, including Intellichem, NPD Group divisions DisplaySearch and SolarBuzz; tech researcher Infonetics; oil and gas specialist Rushmore Reviews; and energy pricing pioneer OPIS.

The new IHS Markit will be headquartered in London, with some key operations based in Englewood, Colorado; and expects to realize cost synergies of $125m by year-end 2019, through integrating corporate functions, optimizing IT infrastructure and other measures. With a strong balance sheet, the Board plans to make $1 billion of share repurchases in each of 2017 and 2018.

IHS Chairman and CEO Jerre Stead (pictured) will assume the role of Chairman of the Board of Directors and CEO of IHS Markit, until December 31st 2017 when he will retire. Markit Chairman and CEO Lance Uggla becomes President and a member of the Board of Directors in the meantime, taking over the roles from Stead in two years' time. The new firm's Board will take six directors from IHS five from Markit.

IHS shareholders will get around 57 percent of the new company and Markit's the remainder. The transaction is expected to close in the second half of 2016.

The firms say they have 'non-overlapping customers and products' and see 'significant cross-selling opportunities across multiple commercial industries and governments' - including for next-generation information and analytics products.

Stead says the two organizations have 'a strong cultural fit which focuses on customer satisfaction and colleague success'. He adds: 'This transformational merger brings together two information-rich companies to create a powerful provider of unique business intelligence, data and analytics to a broad and complementary customer base'.

Uggla comments: 'At the heart of our shared vision is the opportunity to offer our customers a broader and richer content set through both existing and new products that will support their critical decision making and manage regulatory change'.