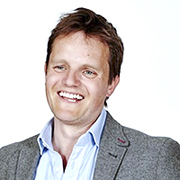 Founded in 2005 by former Interbrand consultants Perowne and Alistair Cunningham, Morar specialises in measuring and advising on brand performance through a combination of research - including concept testing, customer experience evaluation, and employee engagement measurement - strategy and brand positioning services. The company, which has offices in London, New York and San Francisco, merged with full service agency Redshift Research in the autumn, and is now itself one hundred percent owned by digital marcoms group Next Fifteen.

Dailly joined the firm last year after running his own marketing and branding consultancy, Delta; and working as Director of External Affairs for the Royal London Society for Blind People, Global Director of Brand Valuation at Interbrand, and Strategy Manager at Sainsbury's. Sutton founded The Nautilus in 2003, having previously held senior roles at FutureBrand, Burkitt DDB, and Saatchi & Saatchi. Hales spent nine years at Redshift Research, most recently as Client Services Director, and was previously an AD at Benchmark Research, and European Marketing Research Manager at Kimberly-Clark.

Following the changes, Cunningham will continue to focus on strengthening Morar's software capabilities including survey UX, interactive dashboards and machine learning. Perowne comments: 'The core of Morar has always been its incredible team and in Julian, Paddy and Jane we've also added dynamic and creative leadership. Having grown significantly over the last year we've strengthened our consulting, strategic and tactical arms, yet we remain nimble enough to get into a room together as and when projects demand'.