Another Canadian has taken a top UK public sector job - this time it's not the Bank of England, but the ICO. Elizabeth Denham, who currently holds a similar role in the province of British Columbia, has been approved by Parliament as the new data protection supremo. 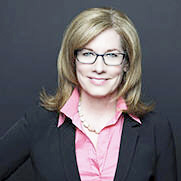 Denham (pictured) was announced as the government's preferred candidate a month ago, but has since had to undergo scrutiny by the Commons culture, media and sport committee, chaired by Jesse Norman. She will serve an initial term of five years, taking the reins from incumbent Christopher Graham who had his term extended to seven but must now step down under the terms of the Protection of Freedoms Act 2012.

Denham was Director of the Office of the Information and Privacy Commissioner of Alberta from 2003-2007, Assistant Privacy Commissioner of Canada for the next three years before taking up the role in British Columbia. She has recently tackled online giants Facebook and Google over online privacy issues and the 'street view' imaging service, respectively.

Her new job gives her overall responsibility for decisions on the UK's Freedom of Information Act, data protection enforcement and in particular the hot topic of digital privacy. Response to changes in EU data protection law will be a key part of the task if Britain stays within the Union, as will the construction of a new national framework if it chooses Brexit.

The organisation she joins is also going through changes: the Information Commissioner's Office (ICO) announced last autumn that it would move to a more collective style of decision-making, with a 12-member advisory board replacing a 3-member team.

In a statement, Graham described Denham as 'an experienced information rights practitioner, essential when the ICO is busier than ever and facing the challenges of the digital age'. Norman, in summing up the Committee's views, stated: 'We also noted Ms Denham's track record on data protection with government in British Columbia, and her proactive approach to protection of privacy with major international technology companies'.

Denham herself says of the task ahead: 'I believe the rapid pace of technological change we face will continue to accelerate and present challenges to information rights - we must ensure access to information while maintaining high standards of data protection. The Information Commissioner's Office has a global reputation for practical, innovative and responsive regulation. I look forward to contributing to this work'.

She takes up the role in the summer, following final approval from the Queen.

The office is online at www.ico.org.uk .