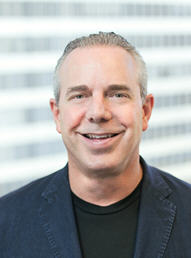 The firm, which will now be known as LRWTonic, has offices in London and New York, has existed under its current name for a little over two years - it was formed by the merger of Spring Research with its own online communities specialist, Tuned In Research.

LRW announced last July it had raised a 'significant' sum in growth capital from Tailwind Capital Partners, for use in developing and expanding its suite of tools, and says this is the second in a resulting planned series of acquisitions as it aims to become 'the leading global, integrated analytics and marketing consulting company'. In March, LRW's sister company ISA acquired Austin, Texas-based community insight platform icanmakeitbetter (ICMIB) and its parent company Sentient Services.

LRW Chairman and CEO Dave Sackman (pictured) says the buy means MR communities clients will no longer have to make the 'tough trade-off' between partners with 'either a technology or consultancy specialty' - Tonic's 'unparalleled expertise' coupled with icanmakeitbetter's leading-edge community platform will give them both.

Tonic General Manager Nick Priestley, who will continue in the role, says he sees 'a great opportunity to work with some of the best minds in the business, further enhance our community offering, and increase our global reach'. The remainder of Tonic's management team will also stay on, with the exception of former Chairman Stephen Phillips, who will focus on his other business ventures including ZappiStore. Phillips says the acquisition by a company with 'a great culture and focus on innovation' will give the team at Tonic 'the chance to shine on a bigger stage'.

LRW was founded in 1973 and is headquartered in Los Angeles with offices in London, New York, Philadelphia, Chicago, and Orange County, where in total it employs more than 400 people.