Apple has acquired Seattle-based artificial intelligence (AI) specialist Turi in a deal reported to be worth around $200m. 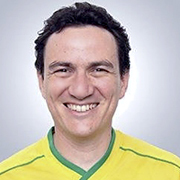 In January, Apple acquired Emotient, a startup that uses AI to track nineteen different basic muscle movements and is based around what the firm calls the seven expressions of primary emotion. This added to previous purchases of voice-centric AI startups VocalIQ and Perceptio. According to online publication GeekWire, following the latest acquisition, all Turi employees will remain in the Seattle area. In a standard statement, Apple said: 'Apple buys smaller technology companies from time to time, and we generally do not discuss our purpose or plans.'