GfK CEO Matthias Hartmann is to leave the company at the end of December, as a result of 'differing views' regarding the long-term direction of the business between himself and majority shareholder GfK Verein. The firm has also confirmed lower sales and income for the first half of 2016. 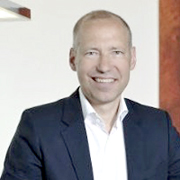 Hartmann took up his current role in 2011, after a 23-year career at IBM. Two years ago, his contract was extended by a further five years, to 30th November 2019, and at the time, Chairman of the Supervisory Board Arno Mahlert said that the Board was 'very pleased' that Hartmann had agreed to continue his 'successful work' at GfK. The firm has also announced that Mahlert has resigned, citing 'differences of opinions' in the cooperation with the GfK Verein charitable trust. He will leave next month.

Until the end of the year, Hartmann will transfer his responsibilities to his Management Board colleagues, and Gerhard Hausruckinger will assume the role as interim speaker of the Management Board from the beginning of September, in addition to his current role as Management Board member responsible for the Consumer Choices sector. According to Reuters, the clash with GfK Verein was over GfK's struggle to keep up with digital competition. In a letter to shareholders published on Friday, Hartmann said that new digital offers continue to place the conventional, personnel-intensive offers of ad hoc research under pressure. He also said that GfK's performance in the second quarter of 2016 was well below expectation.

Just last week, GfK announced that its results for the first six months of the year were 'below prior year's financials for the same reporting period', as it warned it is no longer likely that group sales growth will outperform the market. In an update issued today, the firm confirmed that sales in the first half were down 1.5%, and adjusted operating income fell EUR 12.3m to EUR 58.9m. While 'strong organic growth' was reported in the Consumer Choices business, this was offset by a downward sales trend in the Consumer Experiences division, following a weak order intake for traditional ad hoc research. The Consumer Choices sector continued to grow in organic terms, but delays in TV audience measurement contracts and other growth initiatives as well as the results of the now sold Animal and Crop Health business 'significantly impacted' the sector's margin. In the Media Measurement sector, start-up problems with new contracts affected results, particularly with the TV audience contract in Brazil.