It may or may not be in talks with supercar maker McLaren, but Apple has announced one acquisition today - Hyderabad, India-based machine-learning startup Tuplejump. Terms of the deal were not disclosed. 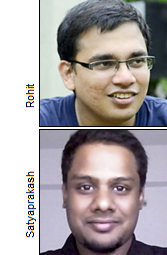 Tuplejump was founded in 2013, and two of its three co-founders - Rohit Rai and Satyaprakash Buddhavarapu - joined Apple in May, while the third, Deepak Alur, has worked for performance management platform Anaplan since April. Their company had previously offered software services to enable clients to store, process and visualize large volumes of data - including bulk analysis solution FiloDB.

This is Apple's fourth acquisition in a similar space in the last year. At the end of 2015 it bought voice-centric AI startups VocalIQ and Perceptio. In January, it acquired Emotient, a startup that uses AI to track nineteen different basic muscle movements based around what the firm calls the seven expressions of primary emotion; and last month it added machine learning and AI specialist Turi. The latter's platform was developed to predict customer churn, run sentiment analysis, and segment customers.

As usual, the iPhone giant simply stated: 'Apple buys smaller technology companies from time to time, and we generally do not discuss our purpose or plans'.

Tuplejump is no longer online, while Apple can be found at: www.apple.com .