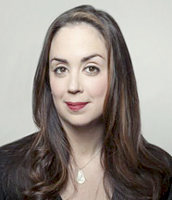 Announced in a blog post by Alanna Gombert (pictured), SVP Technology and Ad Operations, IAB, and General Manager of the Tech Lab, the acquisition is the first for the Lab's Tool Repository, which will host technical solutions of general benefit and which complement broader industry standards.

The open source Kit allows app publishers to measure their mobile inventory without integrating multiple SDKs from various partners, and should reduce the load time necessary to run verifications against numerous SDKs.

Integral and a number of other companies will work alongside the IAB to further develop the Kit, as will the 4A's and the Media Rating Council. The first version is expected to be released in the first half of this year.