After more than 39 years at NOP and GfK, almost all of them spent running the Social Research department, Nick Moon has left the global group and will offer his services as a consultant, under the name of Moonlight Research. 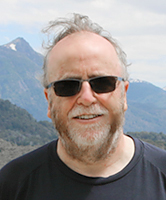 He joined what was then NOP in September 1977 as a Graduate Trainee, and was offered a rapid promotion to lead the social research function when John O'Brien left in 1983. Three years later he became a Director, and has remained at the firm, which was acquired by GfK in 2005. He is a Fellow of the Academy of Social Sciences.

Moon (pictured) says he was 'enjoying research, and GfK, as much as ever', but felt it was time to move away from 'all the other stuff that takes up the time of the head of a business area', particularly given the more 'precarious' environment prevailing in public sector work since the financial crash.

He comments: 'I will be doing some consultancy for GfK, but will be looking for other opportunities - basically among anyone who might like to draw on the very wide experience I've accumulated. I've worked on almost all of the UK's major social surveys, and while I've no desire for Moonlight to take on running whole surveys, I think there are lots of ways I could help people both client-side and agency-side'.

Moon will also offer help to clients in producing better ITTs, and 'generally improving the whole tender process'; and having taught courses at GfK for many years, along with a few external ones, he aims to do some teaching / training.