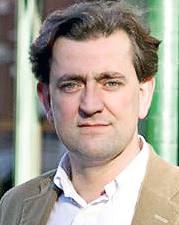 BARB (the Broadcasters' Audience Research Board) provides official viewing figures for UK television audiences, and is funded by the BBC, ITV, Channels 4 and 5, the IPA, Sky and UKTV. Data is collected by Ipsos MORI, Kantar Media and RSMB, via a panel of 5,100 homes, to represent 26.6m UK households.

The new hybrid measure combines panel and census data for TV viewing on the full range of devices, and was first announced in summer 2013, with tenders invited. From November 2015, BARB began running 'fusion projects' with Kantar Media and Nielsen, with the aim of thoroughly testing out the two rival systems. The process included an assessment of the two last summer by RSMB.

Dovetail Fusion will offer customers a measure of the total reach of programmes and ad campaigns across TV sets, personal computers and tablets. The new contract builds on the launch of BARB's TV Player Report, announced in July 2015 and published from September of that year. This uses software meters installed on panel members' devices to provide census-level viewing information from over 30 TV player platforms used to watch television content on PCs, tablets and smartphones.

Dovetail Fusion's launch is scheduled for March 2018, and BARB says it will start a roadshow in the second quarter of 2017 to help customers understand the new developments.

CEO Justin Sampson (pictured) comments: 'Dovetail Fusion will deliver the cross-platform viewing currency that our customers want. The daily challenges of delivering television audience measurement require a sophisticated methodology and the prototype development phase has been a critical part of the due diligence that's necessary for BARB to meet the exacting standards that are expected of us. We're excited to now move into full development'. Kantar Media's UK MD Margo Swadley adds: 'We greatly appreciate the confidence BARB has put in Kantar Media to deliver the next stage of its ambitious strategy and are delighted to be working with the industry on the delivery of this pivotal project'.

BARB says it will also incorporate return path data from set-top boxes into the ratings, and has conducted successful pilot projects with data from Sky homes, with more tests planned later this year.