Australian television industry research body ThinkTV has announced a collaboration between a number of organisations to produce a 'Total TV' metric, capturing all the advertising revenue spent across commercial TV. 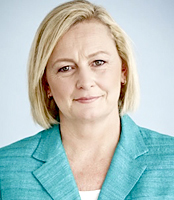 ThinkTV CEO Kim Portrate (pictured) says the new metric is 'further proof of the industry's commitment to work collaboratively to provide advertisers and their agencies with a clear view of advertising revenue in the TV sector'. She adds: 'We have come together through an unprecedented collaboration between free-to-air and subscription TV, and we are delighted that all commercial TV operators, including SBS, have provided their data to allow us to reflect the true scale of advertising on TV'.