New HQ and Salesman for Remesh

AI-based MR software company Remesh has opened a new headquarters office in NYC; and hired Gabe McElwaine as Director of Sales for the eastern US and Canada. 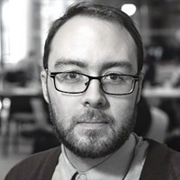 The new 5,000-foot building in the Flatiron District in New York makes room for rapid growth and hiring, and follows a successful funding round completed in April, which raised $2.25m for further development of AI technology and expansion of the firm's development and research teams.

McElwaine brings more than twenty years of experience from companies including the NPD Group and Experian, and was most recently was the head of North American Business Development at ICLP. He will now work closely with EVP of Sales Matt Gershner to pursue 'aggressive sales goals' for the next twelve months.

The company was founded in 2014 and offers a survey tool which uses artificial intelligence, machine learning and natural language processing to gather, filter and rank the collective opinion of crowds in a conversational format. It won the Greenbook Insight Innovation competition in 2016, and has just been named one of the GRIT Top 50 Most Innovative Marketing Research Companies.

CEO and co-founder Andrew Konya (pictured) comments: 'With the recent investment, we are preparing ourselves for the planned expansion of our team in our new headquarters, and bringing someone of Gabe's caliber onboard will jumpstart that effort'. Konya says the firm will invest in 'more hires to come through the end of the year in product and software development, customer success and sales'.