Social media ad targeting firm RadiumOne has been acquired by San Francisco ad tech firm RhythmOne, for a reported $22m of which three quarters will be paid in shares at a future date. RhythmOne has also announced a change of CEO. 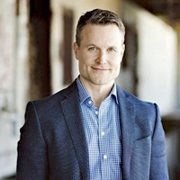 RadiumOne Global President Kerry McCabe will leave the company with immediate effect, while the other c.200 staff will join the new parent, growing its team to around 525. McCabe set up RadiumOne's Asia Pacific operations, but has decided to stay in Australia for family reasons, according to www.mumbrella.com.au .

The deal gives RhythmOne (known as 1R) access to consumer insights, audience segmentation and targeting technology, along with a presence in Europe and Asia Pacific. CRO Richard Nunn said in a statement: 'One of the biggest challenges facing advertisers today is how to leverage the rich data they get from customers throughout the buying cycle'. Following the deal, 1R says it will be 'one of a handful of global players with a complete end-to-end technology stack within the digital advertising ecosystem'. Dave Zinman, COO of RadiumOne, says together the two firms will provide 'insights, prediction, campaign targeting, execution and measurement that is relevant to the consumer, delivers outstanding ROAS and, crucially, results in real business outcomes for advertisers'.

Meanwhile RhythmOne says company President Ted Hastings (pictured) will be its new CEO from July 19th. Current CEO Brian Mukherjee will resign from the board but stay on as an advisor. Hastings joined the company in January when it acquired Perk Inc., of which he was previously Chief Exec.

RadiumOne had received a reported $83.5m in funding as long ago as March 2012.