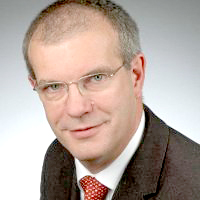 SMI was founded by Dr Winfried Teiwes (pictured) and his academic mentors in 1991 as a spin-off from academic and medical research at FU Berlin. It now serves customers around the globe from offices in Teltow, near Berlin; and Needham, near Boston, USA. In 2013, the firm introduced 3-D eye tracking capabilities, allowing the analysis of real-time gaze interaction in virtual environments, and more recently it launched ASGM (Automated Semantic Gaze Mapping), which aggregates gaze data from eye tracking videos.

The buy follows Apple's 2016 acquisition of facial analysis firm Emotient, which tracks nineteen different basic muscle movements and is based around what the firm calls the seven expressions of primary emotion - joy, surprise, sadness, anger, fear, disgust and contempt, along with other measures of positive, negative and neutral feeling. When asked about the SMI deal, Apple gave its usual comment: 'Apple buys smaller technology companies from time to time; and we generally do not discuss our purpose or plans'.