In New York, The Advertising Research Foundation (ARF) has appointed Nielsen's former CRO Paul Donato as Chief Research Officer. He will take up the position on October 1st. 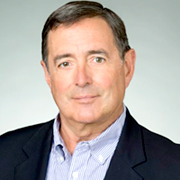 Donato (pictured) was EVP and Chief Research Officer for Nielsen for more than a decade, responsible for overseeing retail, consumer, mobile and media measurement methodologies; and developing new technology-based methods including the integration of panel-based measurements with machine-generated data sets. Earlier, he co-founded WPP's Media Research business unit; served as CEO of Kantar Media; was Technical Officer for IBOPE Latin America; and led business units at Simmons and Audits and Surveys Worldwide.

Most recently, Donato founded media and market research firm Jatopond, providing consumer insights and supply chain research through satellite imagery, location sensors, and mobile tracking technology. He is a past Chairman of the ARF, and has also served as member of the Consumer Council for the World Economic Forum, and a member of the Singapore Economic Development Board. In addition, he has had more than ten patents awarded for using technology to measure human behavior.

His new position, which has been vacant since 2014, was previously held by advertising research luminaries such as Joel Rubinson, Joe Plummer, and Don Gloeckler. Scott McDonald, President and CEO of the ARF, comments: 'At a time when there are so many contentious and challenging research issues facing the advertising industry, and when ARF member needs are evolving at an exponential rate, few research leaders have the depth and breadth of Paul's experience or his track record. We are delighted to have the benefit of Paul's knowledge and I know our members will greatly appreciate his energy and guidance in setting a research agenda to address industry needs'.