Ed Ross, the founder of survey software firm Quantime, died suddenly and unexpectedly in the early hours of Wednesday 9th August. He was 73 years old. 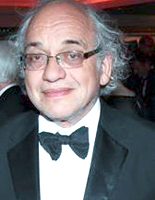 Born in New York City in 1944, Ross was brought up in the Bronx where he attended the Bronx High School of Science, before studying Mathematics at Harvard. In 1964 he came to the UK, where he worked in computing posts at the University of London, then a year later joined the Gallup Poll to design and write a computer system for analysing data. He went on to design and write several analysis programs, culminating in the Quantum platform which is still in widespread use.

In 1978, Ross founded Quantime, which became best known for its statistical programming language Quantum and the world's first interactive analysis program, Quanvert. Quancept, a CATI system followed, as did numerous other supporting packages. These products were developed for all elements of the market research process, including questionnaire design, data collection and tabular report production. For the year 1996, revenues were more than $16m, and the firm employed around 150 people in offices in London, New York, Cincinnati, Mexico City, San Francisco and Amsterdam.

Following the sale of Quantime to SPSS in 1997 (the brand is now owned by IBM), Ross continued to take a very active role in the world of market research. He co-founded the OpenSurvey organisation, which focused on evolving commonly agreed standards for survey software; and in 2000, he joined the Triple-S committee. He was also an active member of the ASC (Association for Survey Computing), and a long-serving member of the MRBA (Market Research Benevolent Association). Earlier this year, he became Executive Chairman of Digital Taxonomy - a start-up engaged in the application of technology, including artificial intelligence, for understanding and coding open-end text gathered in surveys. He became a fellow of the MRS in 2011.

In between his MR interests, he managed to fit in two MAs in Anthropology at the School of Oriental and African Studies, support for a huge range of charitable activities, and he developed an encyclopaedic knowledge of obscure movies and eclectic music.

According to Pat Molloy, Digital Taxonomy CEO: 'Ed was a genuine polymath, skilled programmer, fierce intellect and endlessly generous and fun. And impossibly quirky. He had an enormous circle of friends and admirers from all walks of life and from all over the world. They will miss him tremendously, as will the legion of restaurants and wine bars which he so loved and enjoyed. Arguably, Ed created the most successful products and company of its time in the MR software industry and the fact that the products remain in widespread use even today is testament to that. We owe him a great debt of gratitude in helping to shape the role of technology in the research process and for the style and panache he brought to his dealing with Quantime's many customers'.

Ross is survived by two children, and their mother Susan. His funeral will be in London at The West Chapel of Golders Green Crematorium on Tuesday 22nd August at 3.00pm - all welcome. Please contact Jonathan on 07855 763 053 for more details. Dress code: no gloomy suits or ties.