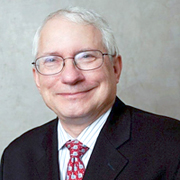 Kent (pictured) began his career at Dun and Bradstreet, before moving to VNU in 1986, where he held a variety of senior positions including President and Group President/Chairman. He was one of the members of VNU's original five-person acquisition team in the US, and involved in its acquisition of Nielsen Media Research, and subsequent divesture of Competitive Media Reporting. Kent joined TNS Media in 2008 as Digital Development Director, and was named Corporate Business Development Director for Kantar Media, and then CEO, Kantar Media North America a year later. In 2013, he was promoted to the role of Global CEO of the consolidated Ad Intelligence business at Kantar Media.

Earlier in his career, Kent co-founded strategic consulting firm Baltic Ventures. His new company, Kent Advisory Group, will help early-phase and start-up companies prepare and position for the next stage of growth, with a focus on the business development and strategic planning needed to attract financial institutions, partners and strategic investors. Specific services include business plan development, operational guidance for global expansion, partnership analysis and evaluation, and merger and acquisition mentoring.

The firm is online at: www.tkag.org .