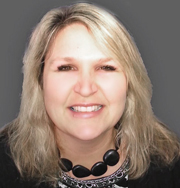 Launched in the UK in 2013, the Fair Data trust mark was designed to help members of the public easily identify those organisations which 'collect, use and retain personal data properly and ethically'. Only those organisations signed up to ten core principles can display the trust mark, and AMSRS is now inviting its members in Australia to sign up to the Australian scheme. The scheme has already been adopted in The Netherlands and Singapore. Jane Frost, MRS CEO, says the partnership with AMSRS will allow a growing number of consumers in Australia to identify those organisations which take data privacy seriously.

Elissa Molloy (pictured), CEO of AMSRS, adds: 'AMSRS has an important role in educating the public on why research is important and how they can protect themselves when participating. We have adopted Fair Data because its principles set the highest ethical standards and meet or exceed international regulations. This is important as Australian companies operate in a global market in a digital world where the collection, use and storage of data crosses borders'.