DIY survey software company SurveyMonkey has appointed investment bank JPMorgan Chase & Co to assist with preparations for an initial public offering (IPO), according to a report from Reuters. 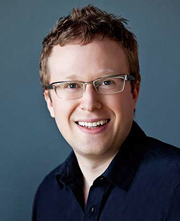 Founded in 1999 by Ryan Finley (pictured) and valued at $2 billion more than three years ago, SurveyMonkey provides customizable survey tools and a suite of programs for data analysis, sample selection, bias elimination and data representation. Its SurveyMonkey Audience platform is currently available to customers in more than 60 countries, supporting over 30 currencies, and offering the ability to send surveys in French, Spanish, Turkish, Chinese and other languages. Meanwhile SurveyMonkey Enterprise offers an enhanced version of the survey product, promising organisations the ability to bring individual users into a centrally managed system.

In January, online publication Recode quoted a 'source familiar with the company's plans' who said SurveyMonkey had not yet initiated discussions with potential underwriters for a possible IPO but would do so in the next few months. Today Reuters said that according to two people 'familiar with the matter', JPMorgan Chase & Co has been hired to help with the IPO, although the plans are subject to market conditions.