WPP founder Sir Martin Sorrell says he is not ready to take 'voluntary or involuntary' retirement, following his sudden departure from the group last month. 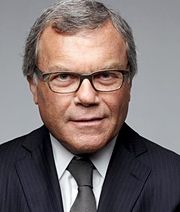 In April, Sorrell (pictured) became caught up in an investigation following media claims of personal misconduct. Sorrell rejected the allegations 'unreservedly', but resigned a fortnight later, with no explanation made public. He is now being treated as having retired from the group and will be eligible to receive share awards totalling up to £20m.

Speaking at yesterday's Techonomy event in New York, Sorrell told the audience that he intended to 'start again', adding that since being 'extracted' from WPP, he can now see more clearly where there are strengths and weaknesses in the traditional ad agency model. Describing his idea for a new model, he said it would focus on data, content and technology. However, when pressed for more information, Sorrell declined to expand on his future plans.