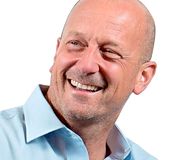 IHS Markit was formed two years ago by the merger of US energy and environment information giant IHS and London-based financial data company Markit. The latest deal will be funded through debt financing and will expand its contracts business and strengthen its financial services operations, according to www.nasdaq.com .

The deal, which is expected to close in the second half of 2018 but is subject to regulatory approvals, represents a tidy profit for Ipreo's previous owners, who acquired it from KKR & Co LP (current major stakeholders in GfK) in April 2014 for just under $975m.

Ipreo's services include financial data and analytics alongside compliance and reporting solutions. The company was created in 2006 through the merger of i-Deal LLC and Hemscott Group Ltd.