GfK has named RealityMine co-founder Rolfe Swinton as its first Director of Data Assets in North America, charged with developing and executing its data strategy in the region. 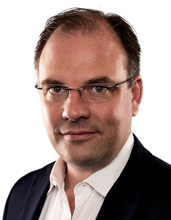 Part of the role involves identifying partners who can help GfK 'leverage or develop innovative data solutions', and the global group says the appointment signals its 'growing emphasis on collecting and leveraging data from many sources'.

Swinton, who will be based in New York, holds degrees from Yale University, the University of Cambridge, and INSEAD. He started software firm Lumi Mobile in 2008, co-founded mobile research technology firm RealityMine and most recently co-founded Crow's Nest Ventures, backing leading edge companies in the mobile tech, consumer insight, retail and health tech industries. His relationship with GfK goes back several years - in 2014 RealityMine fused its cross-platform behavioral data with the GfK MRI database, via its USA Touchpoints product; and he has previously assisted the group with data integration and fusion for its KnowledgePanel and other proprietary assets.

Gregg Lindner, Regional MD of GfK North America comments: 'Rolfe is a pioneer in many areas that have become central to GfK's work and mission. He brings an unusual combination of measurement expertise and entrepreneurial savvy to his new role, and he is deeply familiar with GfK's existing businesses. We know Rolfe will provide inspiration and leadership in this crucial area'.

The group's home page is at www.gfk.com .