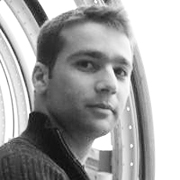 Tunity's technology allows users to hear live audio from muted TVs directly on their mobile device. The new Tunity Analytics takes data from Tunity's consumer app, including the start and end time of a tuning session, age and gender data, and location; and uses it to calculate what it calls 'Tunity Shares', which compare the amount of tuning during the average minute to a programme, network, or daypart with total OOH usage in the same portion of a benchmark month.

According to Tunity, muted viewing accounts for more than half of OOH usage to linear channels, and existing OOH measures fail to record this - they also can't distinguish in a multi-channel environment between audio from background channels and the one actually being viewed, making Tunity Analytics a truer measure. The approach has the advantage of working regardless of the level of ambient noise in a venue, and provides data consistent with the traditional measures of GRPs and Impressions. The firm says the service 'acts as an add-on to Nielsen's In-Home Measurement, allowing for comprehensive understanding of how and where content is consumed'.

CEO Yaniv Davidson (pictured) says of the launch: 'We realised that these insights were valuable, so we created a model of the data which can be used in combination with traditional video metrics and fill in this missing piece. There is an increased importance in audience efficiencies, targeting, and segmentation for TV networks and advertisers. Tunity Analytics bridges this massive gap in the marketplace...'

Formerly known as AudioStreamTV, the company is online at www.tunity.com .