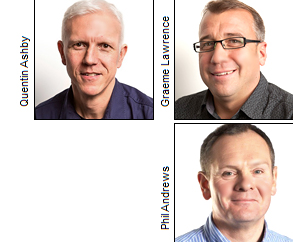 Andrews joins the Board with 30 years of experience, including work as COO of marcoms group and ORC International-owner Engine. Earlier, he co-founded customer engagement agency Partners Andrews Aldridge (later sold to Engine) and he was MD of integrated agency Arc Group, having begun his career at Wunderman.

Commenting on Andrews' appointment, Ashby said: 'We have engaged Phil for his track record and wealth of industry expertise. His experience of growing consultancy and agency businesses is second to none and he will be an invaluable addition to our Board as we look forward to the next phase of growth'.