Sir Martin Sorrell has beaten former employer WPP in a race to buy Dutch creative digital production company MediaMonks, despite warnings that he would lose his £20m share awards if he continued with the bid. 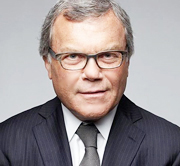 Sorrell (pictured) quit WPP in April amid claims of possible misuse of company assets and of 'personal misconduct'. The terms of his contract allowed him to be treated as having retired on leaving, and dependent on company performance over the next five years, to receive share awards totalling up to £20m. Having left without a non-compete clause, he was able to set up a new investment vehicle called S4 Capital just weeks later, and take on WPP in the bid to buy MediaMonks.

WPP's law firm Slaughter & May then wrote to Sorrell's lawyers saying that he would likely be in breach of his confidentiality obligations if he succeeded in the bid, claiming that he had known about WPP's interest in buying MediaMonks in November, long before he left the company. Sorrell denies the allegations.

MediaMonks has revenues of approximately EUR 110m and operates through eleven offices in ten countries across the US, the UK, continental Europe, Asia, Latin America and the Middle East. More than half of MediaMonks was previously owned by private equity firm Bencis, with the remainder held by management. The firm has now been merged with S4 Capital.

Commenting on the EUR 300m cash and share acquisition, Sorrell said: 'MediaMonks' roots are totally in new media, and data, content and technology. Our next moves will be to build this platform further and to add meaningful data analytics and digital media buying. The company will be a unitary one with MediaMonks as its core'.