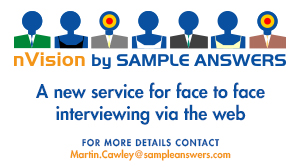 London-based opinion and behaviour research specialist BritainThinks has promoted Tom Clarkson to the role of Research Director, while Lucy Morrell and Julia Ridpath have both been promoted to Associate Director and Hettie Hill to SRE. 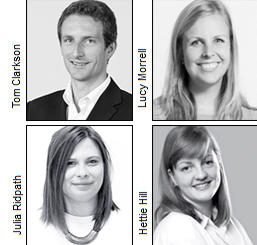 Launched in 2010 by Opinion Leader co-founders Deborah Mattinson and Viki Cooke and their former colleague Ben Shimshon, BritainThinks offers strategic advice for political, corporate and not-for-profit clients, while its WorldThinks international division has a specific focus on reputation research. Clarkson, who joined in 2015 from pollster and communications agency ComRes, leads BritainThinks' Brexit Diaries research and has become a regular commentator on public attitudes towards Brexit. He has a particular specialism in conducting research among the public on highly complex topics.

Morrell has been with the agency since 2014, initially as an intern, and has significant experience using qualitative, deliberative and ethnographic methodologies to understand public attitudes and behaviour in depth. Ridpath worked at The Labour Party before joining BritainThinks in 2015, and specialises in complex research with hard-to-reach audiences, delivering insight across public and private sectors.