Reputation specialist Echo Research has acquired the rights to and ownership of the Britain's Most Admired Companies (BMAC) study, an annual survey of corporate reputation in the UK, with data going back 27 years. Terms of the deal have not been disclosed. 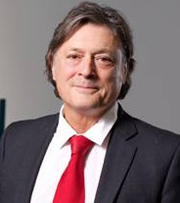 Compiled by Professor Mike Brown (pictured) and his team at Leeds Business School, BMAC has been running since 1990, offering longitudinal, sector-based and individual company data going back to that year. Using responses from Board-level representatives, as well as analysts and City commentators, the survey is a peer review of corporate reputation, as seen by a company's closest critics - its competitors and financial influencers.

Britain's largest public companies and employers across 24 sectors are asked to evaluate their peers, with each sector comprising a maximum of ten companies. Using twelve criteria, participants rate their sector's rivals on a scale of 0-10 (0=poor, 5=average, 10=excellent). On the basis of these scores, three rankings are arrived at: all 330 companies; top ten overall in each criterion; and league tables in each sector. Respondents are also asked to name their most admired leader.

Working in partnership with Professor Brown, the Echo team will produce the annual results which have appeared in Management Today every December since 1993. The BMAC Awards are then presented at the annual gala dinner, held at the beginning of December at Claridge's, London.