WPP is to promote its Joint COO Mark Read to the role of Chief Executive Officer, reports suggest, filling the shoes of Sir Martin Sorrell who departed unexpectedly in the Spring. 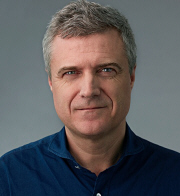 Sorrell resigned in April after thirty years at the helm, amid claims of 'personal misconduct', which he roundly rejected. Having left without a non-compete clause, just weeks later Sorrell set up a new investment vehicle called S4 Capital, and then took on and beat WPP in a bid to buy Dutch creative digital production company MediaMonks.

On Sorrell's departure, Read (pictured), CEO of Wunderman and WPP Digital, and Andrew Scott, WPP Corporate Development Director and COO Europe, were appointed as joint COOs. Reid has since been tipped as the internal frontrunner, and according to a report which first appeared in the Financial Times, WPP will confirm he is its new CEO next week. A WPP spokesman declined to comment ahead of a statement to the stock market on 4th September, when the group will announce its half-year results.

After graduating from Cambridge, Read spent the first five years of his career at WPP in corporate development roles. He re-joined in 2002 as Director of Strategy, and then in 2015, took on the role of CEO of the holding company's digital agency Wunderman. He also ran WPP Digital for more than a decade, during which time he was responsible for the group's move into technology through several acquisitions. Before re-joining, he was a Principal at consultancy Booz-Allen & Hamilton, working in media and marketing, and he founded online loyalty business WebRewards, which he subsequently sold to Bertelsmann.