ESOMAR President Dan Foreman has been appointed Chairman of the Board of Directors at online research app platform ZappiStore. 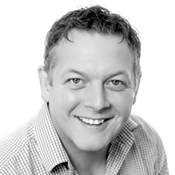 Launched last year by Spring Research founder Stephen Phillips, ZappiStore acts as an app store where users can purchase access to market research solutions to use in their creative testing, new product development, and creative idea testing projects, with more apps planned to launch soon. In October, TNS partnered with the firm to introduce an 'express' version of its flagship ConversionModel brand equity tool, which is also available on the platform.

Foreman (pictured) is Chief Marketing Executive at consumer insight technology firm Lumi Mobile, prior to which he was CEO of full service agency Insight International, led international business development for ActiveGroup, was MD of online agency Opinium, and set up the London office of FocusVision. Earlier, he worked at agencies WFCA, Incite, Added Value and Research International, and client-side as Research Director at Kimberly-Clark.

Commenting on the appointment, Phillips said: 'Dan has been involved in ZappiStore for almost a year now. He has contributed to our growth and in particular has helped us connect to some of the best research companies out there who are looking to monetise their thinking by placing their branded apps onto the store, just as TNS have done already. We see this as the key to our continued growth.'