Harris Interactive is to request a hearing to avoid delisting from the Nasdaq Stock Market, after its shares failed to repass the market's $1 threshold in 180 days since its last warning. 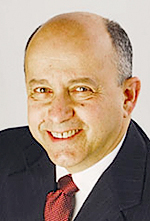 Harris last received a Nasdaq warning in June, after its share price fell below the required $1 minimum bid price. At the time, CEO Kimberly Till had left and been replaced by former COO Al Angrisani (pictured), who had previously been brought back in to advise the troubled company on a turnaround strategy.

Last month, Harris reported a 3.5% increase in first-quarter revenue to $38.3m, but said bookings were down 11% for the quarter. Angrisani said that although the company has made some progress in 'rightsizing' and rationalising its organisational structure, it is still experiencing the systematic sales problems which have led to revenue declines over the last few years.

At the time of the last warning, Nasdaq gave Harris 180 calendar days (or until December 12, 2011) to regain compliance. However, as this has not happened, the company has received a further letter from Nasdaq saying that it faces delisting unless it requests a hearing before a Nasdaq Listing Qualifications Panel.

In an SEC filing published on its web site, Harris said it intends to request such a hearing before the panel, which has the discretion to grant the company additional time to regain compliance. Harris says it will present its plan to regain compliance at the hearing, and will request continued listing pending the completion of the plan, but that there is no guarantee the panel will grant the continued listing.