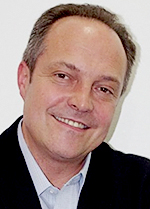 He joins with more than twenty years' research industry leadership experience. For the past five, he served as Synovate's Global Director of Operations, covering ops in more than 60 countries. Prior to this, he was Head of Operations at ORC International, and worked for fourteen years at GfK in Europe and Asia, where he held a number of management positions including Operations Director with Sydney-based retail and consumer agency GfK Australia Pty, and Group Operations Director for GfK Marketing Services UK.

In his new role, based in Hall & Partners' London office, Waller reports to Global CEO Vanella Jackson, who comments: 'Andy has a huge amount of relevant experience to bring to us. He has successfully run the operations of a number of large, challenging companies and we're giving him a blank canvass to design his vision and take us to the next level of technological innovation.'

Waller's appointment comes weeks after the firm named Murray Hardie as US CEO, and Kevin Ford as Global Head of Research Solutions.