Angrisani to Stay on as Harris CEO until 2014

In the US, Harris Interactive has announced that interim President and CEO Al Angrisani has been appointed to the role on an official basis until June 2014. 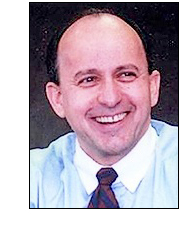 Last spring, following a 9% drop in quarterly revenue - to the lowest figure since 2004 - former COO Angrisani was brought back as Interim CEO to advise Harris on a turnaround strategy.

The firm recently reported a 13% drop in Q2 revenues, but Angrisani said that while its challenges could not be fixed 'quickly or easily', progress had been made in the quarter through its 'rightsizing' efforts.

Howard Shecter, Chairman of Harris Interactive's Board of Directors, commented on Angrisani's appointment: 'Al's leadership has already had a tremendous impact on the company and is critical to our ability to successfully execute the turnaround program.'