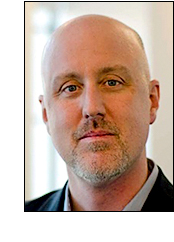 Cymfony, founded in 1996, uses a combination of text mining technology and human interpretation to monitor, measure and analyse consumer-generated media. TNS acquired Cymfony in 2007 - prior to its own acquisition by WPP - in a bid to add social media tracking and analysis to its research services.

WPP is a long-time investor in Visible, having participated in a $12m funding in 2007, a $20m investment in 2010, and a $1.5m round last year. In total, the company has raised $50.5m from WPP, Ignition Capital and Investor Growth Capital.

Prior to Visible's acquisition of Cymfony, WPP owned approximately 24% of Visible and all of Cymfony, and after closing, WPP's stake in the merged company is 49% with Visible's management and venture investors retaining voting control of the company.

As a result of the deal, Cymfony is re-branding as Visible Technologies and relocating from Boston to Seattle. The firm employs around 60 people while Visible has 85 staff, and it has been reported that some will lose their jobs when duplicate roles are eliminated.