Harris Interactive CEO Al Angrisani has reiterated his confidence in the firm's turnaround program, after reporting a drop in net loss to $300k for the three months ending 31st March, from $2.3m a year earlier. However, during the period, revenue fell 8% to $34.1m from $37.0m last year. 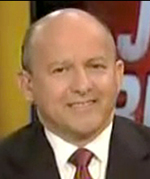 Last year's figure already represented a 9% revenue drop and the lowest figure since 2004. COO Angrisani was brought back as CEO a year ago to advise Harris on a turnaround strategy.

In February, Angrisani told an investors' conference call that the firm's downward trend in revenue had been largely driven by declines in the UK and the impact of booking declines in US operations - second quarter results saw net income rising to $1.6m from $0.3m in the prior year period, but revenues falling 13% to $39.1m from $44.9m.

This trend has continued, with a 7% drop in US revenue, while the UK reported a 30% fall in sales following last year's operational restructure and the loss of around 50 staff.

Angrisani commented: 'Profitability has improved through our efforts to right size the company's cost structure and sell higher margin research services, and liquidity has stabilized as we continue to closely manage our cash. Although global bookings were up 3% in constant currency compared to last year's third quarter, it will take several quarters before we know the outcome of our efforts to address the systemic sales challenges that exist in certain areas of our business.'

Shares in the company closed yesterday at $1.21, down 8 cents.