Phorm to Raise £20m for Stake in China Subsidiary

Behavioural ad tech company Phorm is planning to raise £20m in return for a 20% equity stake in its new operating subsidiary in China. The firm has also announced its intention to relocate its holding company from Delaware in the US, to Singapore. 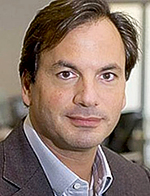 In October, Phorm arranged a £30m equity placing, to raise funds to repay earlier borrowing, and to enable it to expand into other regions, including China.

The proceeds of its latest equity subscription are to be used for business expansion, capital expenditures, marketing and general working capital for the business of Phorm China.

CEO Kent Ertugrul (pictured) explained: 'For a long time we have discussed the potential of specific country-level subsidiary financings. This represents the first instance of this and highlights the significant progress we are making at an operating level ahead of commercial launches. We are confident that this investment will bring with it material support in accelerating our roll out in China.'

Separately, Phorm is moving its holding company from the US to Singapore, in a bid to 'simplify the settlement mechanics' relating to trading its shares under the symbol PHRM.

Back in 2008 the company was mired in controversy when phone giant BT admitted it had used business customers' data without permission, in a trial run for Phorm's 'Webwise' technology. Webwise analyses users' web surfing habits to determine their interests, and then delivers targeted ads to them.

The trial resulted in a number of complaints from UK citizens and privacy groups to the Information Commissioner's Office and to the UK police. However, the UK Government decided not to prosecute Phorm, and earlier this year, The European Commission (EC) dropped its legal action against the UK Government over this decision.

Last summer, Phorm reported an operating loss of $27.9m for the year ended December 2010, and zero revenue for the period, which it blamed on a 'slower roll-out than anticipated' of its operations in Brazil. It has since secured £10m in funds via a placing of convertible secured loan notes with new and existing investors; and reported that initial results from its first Brazilian paid campaigns were 'promising'.