Panel and research technology specialist Vision Critical has promoted COO Scott Miller to the position of Group Chief Executive, just five months after he joined the firm from his previous role as Synovate North America CEO. 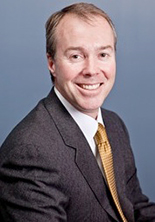 Before arriving in April, Miller (pictured) was responsible for Synovate's US and Canada business units, prior to which, he was MD of Global Relationships, and CEO of Synovate Motoresearch, the firm's automotive division. He began his career in market surveys at Saturn Corporation, and also spent 12 years with Motoresearch as VP and Partner before the firm was acquired by Synovate in 2000.

In his new role, Miller will be based in Vision Critical's New York Office, from where he will oversee the firm's entire operations in the US and internationally. Company founder Andrew Reid will continue to lead the company's innovation and software development activities.

Reid comments: 'Scott has brought amazing energy, judgment and vision to our international operations. He will now bring these talents to our entire business.'

Miller takes up his new role on 1 October, when he will also join the Vision Critical Board of Directors. Co-CEO Ed Morawski will be assuming the role of President and Global COO to work with Miller on the expansion of Vision Critical's strategy, services and delivery infrastructure.

Last month, the company secured a $20m investment, which will be used to expand product lines and to support global growth plans. Since then, former Nielsen HR professional Jim Cravens has joined, with a remit to align talent development and organizational design initiatives with these plans.