UK TV ratings body BARB is inviting research agencies to design a hybrid measurement system, following the recent news that the organisation has started the process for collecting census data for TV viewing through all computer devices. 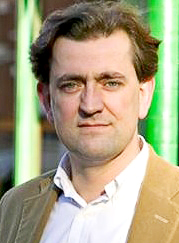 Last month, BARB confirmed that from August it will begin measuring catch-up viewing in addition to traditional screen viewing, and it has appointed Kantar Media to collect census data for TV viewing across all devices.

BARB has now issued an invitation to tender as part of the initiative known as Project Dovetail, which will involve combining panel data with this census-based site-centric data.

CEO Justin Sampson (pictured) comments: 'We're already on track to deliver greater insight into the viewing that takes place on computer devices as a result of last month's news. Now we are taking another big step by asking research agencies to pitch for integrating this data with the viewing figures that our users are already familiar with.'

Research companies are invited to submit responses by the end of September 2013 and can obtain further information by contacting Sampson on 020 7024 8100 or justin.sampson@barb.co.uk.