London-based research technology firm Lumi Mobile has been selected as one of the first tech companies to join the government and private sector-backed 'Future Fifty' scheme, set up to support high growth companies in the UK. 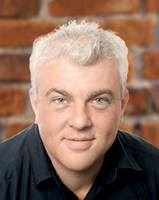 Launched in April, the Future Fifty will connect firms with expertise and tailored support to enable them to scale rapidly and prepare for their next major liquidity event. Companies which applied to join the year-long scheme must have £10m in net revenue over the next year, have had 30% growth in revenue over the prior two years, and either a presence in London's capital markets or an interest in gaining one.

Twenty five technology firms were selected, with Lumi joining organisations such as taxi smartphone app company Hailo and property web site group Zoopla. Selection was led by an advisory panel of venture and growth capital investors, lawyers, accountants, and management teams from UK tech companies. Applicants were judged on both financial and qualitative metrics: including an assessment of the company's market, its competitive position and its leadership team, as well as a view of further opportunity and scalability.

Commenting on the firm's inclusion on the list, CEO Richard Taylor says: 'We are delighted to have been recognised not only for our growth potential as a company, but for the transformational change which our technology has brought to our core markets of market research and meetings and events. Joining the Future Fifty is a huge honour and we look forward to working with the programme's advisory partners as well as with our fellow innovators.'