The Supreme Court of New York County has ordered InfoGroup founder Vin Gupta to pay financial advisor Blackstone Advisory Partners $6.8m for work the firm carried out on his behalf relating to his bid to buy back the database firm from investors. 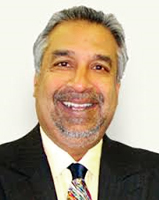 InfoGroup, which at the time owned MR agency ORC, sacked Gupta (pictured) in 2008, following an investigation which found he had misspent millions of dollars for use of a jet plane, an 80-foot yacht, apartments in Hawaii and California, a University of Nebraska stadium box and personal flights for Bill and Hillary Clinton. He agreed to repay a $7.4m litigation settlement fee, which was more than offset by his $10m severance package.

Later that year, Gupta explored a proposal to acquire all the firm's outstanding shares and take the company private. He enlisted New York-based Blackstone to manage the deal, but his bid failed in 2010 when InfoGroup was sold to CCMP Capital Advisors for $635m.

The Judge has now ordered Gupta to pay Blackstone $6.8m under the terms of the contract, but Gupta plans to appeal, saying that he believes he only agreed to pay Blackstone the bulk of its fees if the buyback goal was achieved.

In 2011, Gupta set up a new firm called Database101, and was promptly sued by InfoGroup over claims that his new firm had lured away twenty of its employees, and stolen customer data. The case was settled in 2012, but the terms were not disclosed.