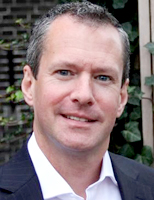 At bookmaker Paddy Power, Russell (pictured) served as the first Insight Director until last October. Prior to this, he was Marketing Strategy Director at BSkyB, where he worked for more than thirteen years, and latterly led teams focused on consumer, media and content research; insight; competitor intelligence; social media monitoring; and data analytics. Earlier, he managed all market planning and customer research across British Airways Communication and Relationship Marketing, and he held senior research roles at Kraft Foods and Boots Healthcare.

All three report into Bibby, who joined less than three months ago from Barclaycard, where she was Global CMO.