New US Leader for Ipsos Connect

Ipsos has appointed former IAB exec Peter Minnium as President of its newly-formed Ipsos Connect division in the US. He reports to Pierre Le Manh, the group's CEO North America, and Yannick Carriou, Global CEO of the division. 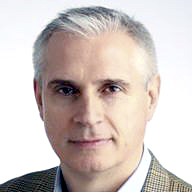 Ipsos Connect was formed in February through the merger of the group's ASI and MediaCT units, and houses its brand communication, advertising and media businesses.

Since 2010 Minnium has been Head of Digital Brand Initiatives at the IAB (Interactive Advertising Bureau), based in New York. Before this he spent a dozen years at Interpublic's global creative network Lowe Worldwide where he was President of Lowe Latin America; MD, Network Development; and subsequently ran Lowe in the Americas.

In a statement, Carriou and Le Manh said of the new arrival: 'Peter's track record at developing world-class brands, coupled with his deep connections in the realms of branding and digital media, make him the ideal person to lead the Ipsos Connect team in the US'.