In the UK, full service market and social research agency Bright Blue Research has named Paul Cussell Head of Digital, and Kerry Robinson as Research and Digital Strategy Manager. The firm has also made a number of promotions and appointed graduate Sam Willcocks. 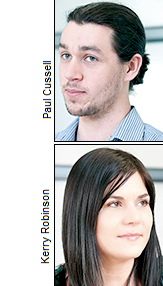 Cussell joined RS Consulting in 2008 as an IS Analyst, and has since served as System Network & Development Executive, and more recently as Systems Development Manager. Robinson joined Leapfrog in 2012 as Senior Research Consultant, and since last year has worked as Research Manager for each company in the group.