Nielsen has stopped using paper diaries to collect demographic data in 31 mid-size US TV markets, replacing them with its new 'Viewer Assignment' method and in consequence losing MRC accreditation for this part of the data. 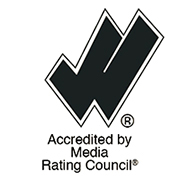 Nielsen uses a system of Designated Market Areas or DMAs, which divides the US into 210 regions. Demographic data for the 25 largest of these markets, which is derived from people meters, remains accredited by the MRC (Media Rating Council).

The latest move affects the next tranche of 31 medium-large TV markets, which previously used a combination of meters for calculating household ratings and diaries for estimating audience demographics. Nielsen will continue to use the former, but demographic data will now be collected using Viewer Assignment, which uses a probability-of-viewing model based on look-alike homes within the area.

The remaining 154 smaller markets are diary-only, and had their accreditation for local TV ratings withdrawn in 2010 after the MRC found the company had not mailed enough of the diaries to households to generate what it considers a sufficient sample size. These markets have remained unaccredited ever since. The company has also announced that a new metering technology called the Code Reader, which passively and continually collects tuning data via watermark detection, will be introduced in fourteen of the 154, replacing diaries. Demographic data here will be based on the Viewer Assignment methodology.

Since the MRC has yet to make a decision relating to the accreditation of Viewer Assignment, the organization says that person-level viewing estimates are no longer accredited. The fourteen markets where the Code Reader and Viewer Assignment methodologies are being introduced also remain unaccredited during the accreditation review process. In a statement, the MRC said that while much work related to its examination and evaluation of the new methodologies has been satisfactorily completed, 'some important open items and questions remain outstanding'. In addition, Nielsen is in the process of addressing MRC findings related to the Code Reader.