In the US, research technology and services group FocusVision has promoted Zhana Baleva to the role of Regional Head of EMEA, while also promoting three other members of staff. 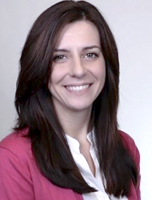 Baleva (pictured) previously managed the company's sales operations in Bulgaria. She joined the firm in 2013, after serving as Regional Account Manager - Europe and Asia, for MR video streaming specialist ActiveGroup (later acquired by FocusVision). In her new role, Baleva joins the Executive Management group, and will lead sales and operations efforts from the company's offices in London and in Sofia, Bulgaria.

Commenting on the promotion, CEO Jamin Brazil said: 'I've only met a few people that possess such strong qualities of vision, grit and innovation. Under her impressive leadership, we have grown our operations and sales from a handful of staff to over 130 full-time employees in EMEA over just a three-year period'.

In addition, Toby Fowler moves up to the role of Director of Sales and New Business for EMEA, leading FocusVision's New Business Group. He previously served as the company's Client Development Director for EMEA & APAC, and earlier worked for quant MR tech specialist Decipher (known as Decrypt in Europe) prior to its takeover by FocusVision, and for Research Now as Client Development Manager. Baleva says Fowler is credited with securing a number of large customer contracts in recent years.

Separately, Liza Vasileva has been promoted to lead the company's EMEA Client Development Team, and spearhead efforts to grow the business through deeper customer relationships; while Petar Dzindzhev will now be responsible for all software renewals in the EMEA region, including Decipher, Kinesis and Revelation solutions.