New CEO for Confirmit as Hansen Steps Down

Research software firm Confirmit has promoted CFO Ken Østreng to the role of President and Chief Executive Officer. He replaces Henning Hansen who, in his own words, has resigned to focus on other priorities, spend more time with his family, and 'start a new chapter'. 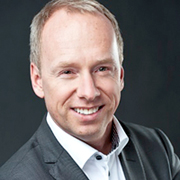 Hansen has held the position for the past eleven years, having joined the company from data security company Norman, and prior to this held senior management positions at Oracle, and was MD of Gartner in Norway. During his time with Confirmit, he grew the company to ten offices in seven countries, expanding the workforce five-fold, and leading a number of acquisitions including IRM, Integrasco, CustomerSat, Techneos, and Pulse Train.

Østreng (pictured) will take up his new role at the beginning of April, having served as Chief Financial Officer since 2005. He has 25 years' experience in the IT industry, holding senior positions in listed and privately-held companies. Commenting on the announcement, Hansen said: 'It has been my honour to lead this team for the past eleven years and I am incredibly proud of what we have achieved during this time. I am delighted that Ken will be taking on the role and, having worked closely with him for over a decade, I know that he has the experience and expansive knowledge of Confirmit to ensure that the company will continue to be a powerful, driving force in the market'.