In the US, research technology and services group FocusVision has promoted Zlatko Vucetic to the role of President, replacing outgoing CEO Jamin Brazil. 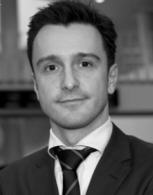 On Friday, DRNO reported that Brazil and Jayme Plunkett, the co-founders of MR tech firm Decipher (acquired by FocusVision in 2015), had left FocusVision. Today the firm has announced that Brazil had resigned to 'pursue new challenges', and confirmed that he will remain on staff for the next three months, to support the transition. At the time of going to press, there is no further news about Plunkett's position in the company.

The Board of Directors thanked Brazil for his contribution over the last few years, saying: 'FocusVision has been well served by the dedication of Jamin since he came on-board in 2015, and we wish him the best of luck in his future endeavours. We are excited for the next chapter of FocusVision and believe Zlatko is well placed to continue executing a successful strategy and driving growth for the organisation'.