Ipsos grew its Q3 revenue to EUR 434.0m, equivalent to organic growth of 4.9% and representing 'solid recovery'. Due to currency effects - a fall in the value of the US dollar and pound sterling against the euro - the reported figure was up only 0.5%. 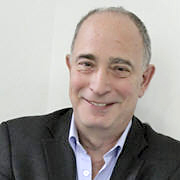 The organic growth figure was the best quarterly performance since 2011, and marked a 'welcome change' from the previous three quarters in which revenue had remained 'sluggish'. For the first nine months of 2017, revenue was EUR 1,268m, a slight increase of 0.2% compared with 2016. Currency effects were still negative at -1%, and organic growth was 1.8%.

All regions contributed to Ipsos' organic growth in the third quarter of 2017. Asia-Pacific recorded the best performance at +7.5%, with the EMEA region close behind at +5.8%; and the Americas region, which had been trailing, returned to positive growth at +2.8%. At the end of September 2017, 33% of Ipsos' activity came from emerging markets compared with 31% in 2016.

Brand communication, advertising and media division Ipsos Connect, bounced back during the summer, growing by 8.5% in the quarter and by 1% from January to September. Ipsos Marketing regained 'satisfactory momentum', with organic growth of 2.7% in the third quarter and 0.5% for the period January to September. Revenue for the Public Affairs division has been 'excellent' since the start of the financial year, reflecting significant contract wins in the US, Europe and more recently, in a number of Asian countries. Lastly, Ipsos Loyalty posted growth of 3.7% on a comparable basis between July and September, and of 2% since the start of 2017.


Success for The 'New Way'

In a statement, the firm concluded: 'Given the investments planned under the New Way programme (EUR 5m in additional operating expenses in 2017), profitability and cash flow are in line with the objectives announced for the full year. The New Way programme has enabled Ipsos to innovate, to keep in contact with its clients, to understand their previous and new needs in tune with the sudden emergence of digital networks and solutions that were transforming their own markets. Ipsos has stayed in the market and grown, albeit at a modest pace but nevertheless faster than its direct competitors, thanks to this programme and its new services'.

The group, whose CEO and co-founder is Didier Truchot (pictured) is online at www.ipsos.com .